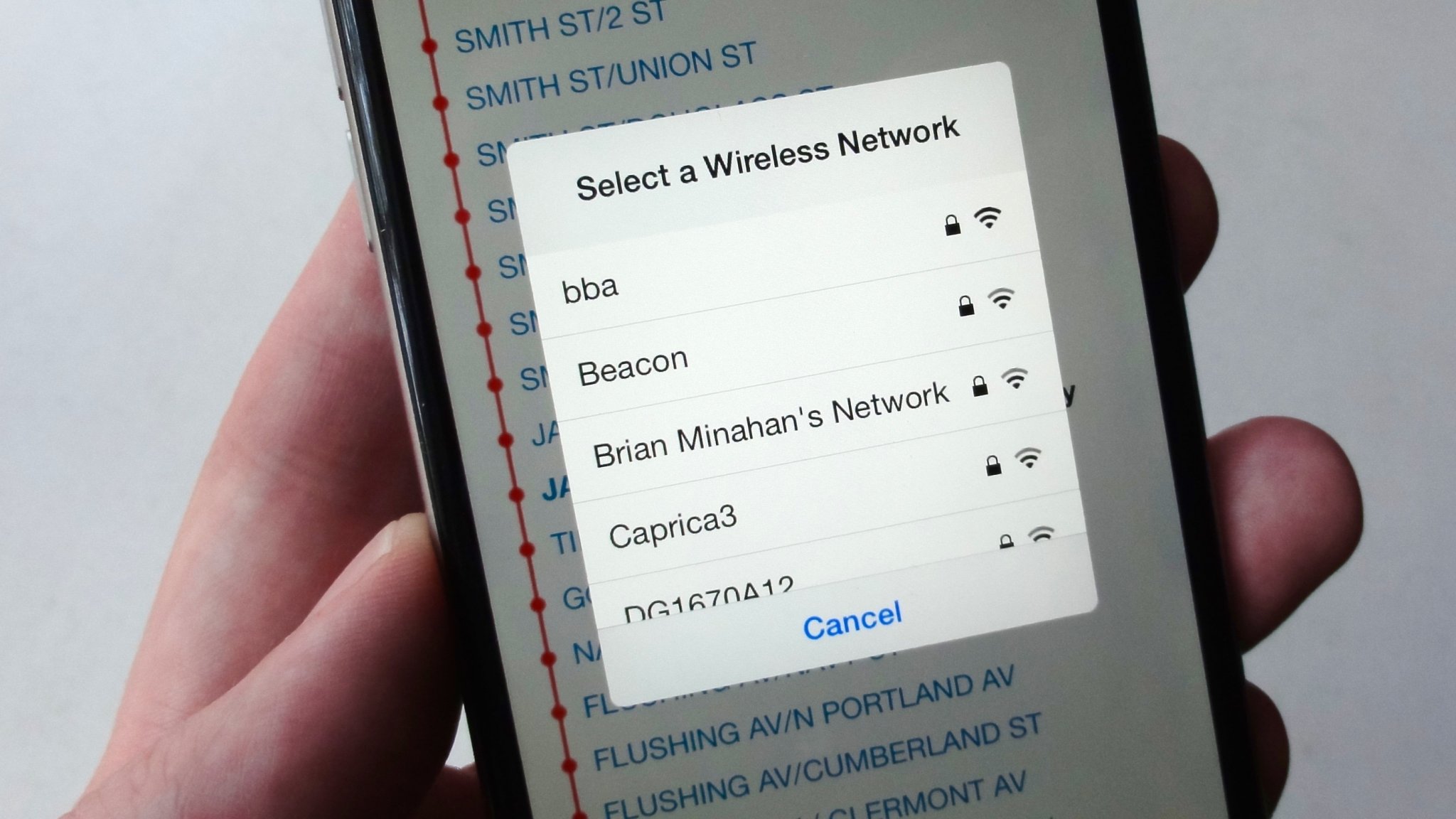 Wireless Networks can leak a treasure trove of information. In this tutorial we will use Snoopy to find various Wireless Access Points and Access points a device is probing for this can help us determine the name to call our malicious SSID for a evil twin network. When a device is probing for Wireless Access Points it will connect to the one with the most power by default allowing an attacker to make a Fake Access Point and alter the Wireless Tx Power of a device to establish a connection between the Fake Access Point and a device. This means that all traffic that is send over the device can then be intercepted and read by the attacker.

Wireless Interface with monitor mode capability.
Server only Required if you want to send data to a local or remote server. (Optional)
In this tutorial we will be working with a software called Snoopy.

What is Snoopy ?. Snoopy is a distributed, sensor, data collection, interception, analysis, and visualization framework. It is written in a modular format, allowing for the collection of arbitrary data from various sources via Python plug-ins. Each Snoopy instance can run multiple plug-ins simultaneously. A plug-in collects data, which is queried by the main Snoopy process and is written to a local database. Snoopy can sync data between clients (drones) and a server, and clients (drones) can also pull replicas of data from a server. Each Snoopy instance can run plug-ins appropriate for its position in the greater picture. Here’s a diagram to depict one possible setup.

You can check out the snoopy project at the following url (Credits Sensepost). https://github.com/sensepost/snoopy-ng

First we need to install Snoopy we found it quite a challenge to install due to changes in the Linux distribution. We got multiple errors during the install process so we put a little install script with the necessary fixes together to help you along the way.

Open up a new terminal and paste the follow commands.

Open up mitmproxy.py in nano and comment the line “from includes.mitm import *.

Once snoopy has installed successfully open up a command terminal and set up a new drone user and a new server (this step is optional we will not be using any of the drone modules in this tutorial only the Wifi modules.

Data can be synchronized to a remote machine by supplying the –server (-s) option. The remote machine should be running the server plugin (–plugin server). A key should be generated for a drone name before hand. The below illustrates this.

Followed by the addon modules you will be using.

The data being collected will them be transferred to the sever. Your server must have GUI compatibility in order to run Maltego we will be using Snoopy Locally and Viewing the data tables locally.

Snoopy is capable of monitoring and analyzing lots of different types of technology such as Wireless, Blue-tooth 3G for this tutorial we will be using it for the purpose of finding out what Wireless Access points that Wireless Clients are looking for.

In this guide we will be using Snoopy for the sole purpose of monitor Wifi clients in order to revel Wireless Access Points that the Device is probing for.

Why do we need to know what Wireless Access Points a Wireless Client is probing for ?.

The next time the client probes for the Fake SSID all the traffic will be sent and received through the attackers fake network.

First we need to set up Wireless Interface into monitor mode.

Now that our Wireless Interface is in monitor mode we can start sniffing Wifi traffic in Snoopy cd into your installation directory and using the following command to start Snoopy this commands tell snoopy that we want to use the Wifi modules and specifies our card that in monitor mode change wlan1 to your Wireless interface’s name. 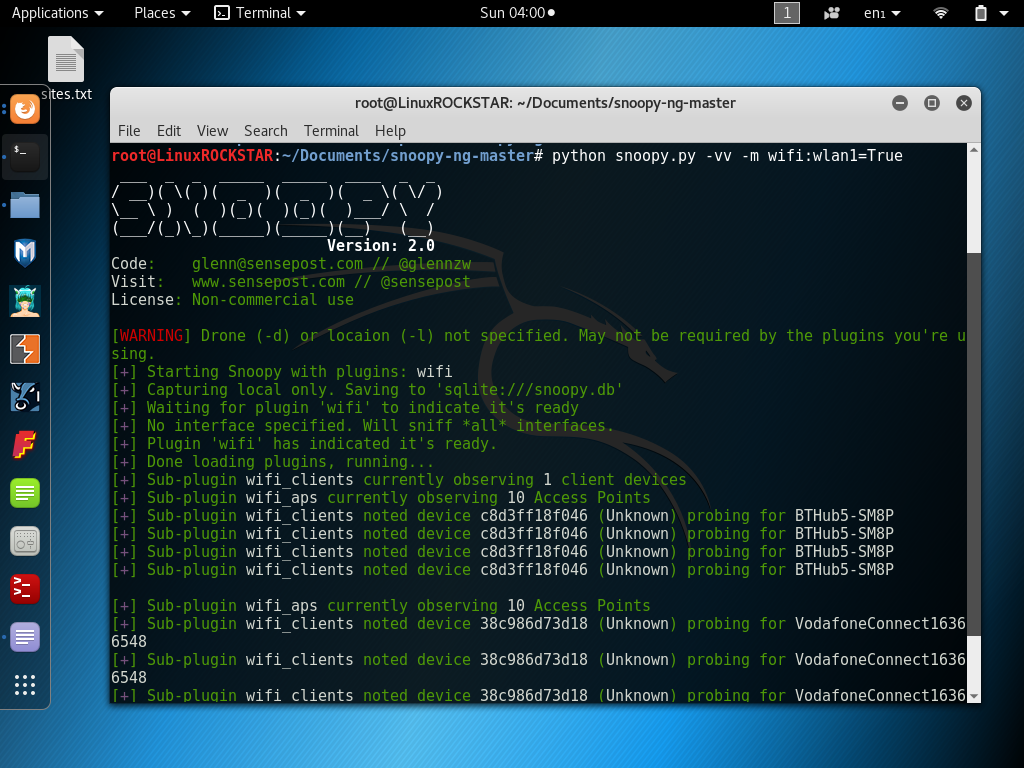 Snoopy will gather the data to a Database .db file within the installation directory to open up to view information in our database we will be SQLite Manager. 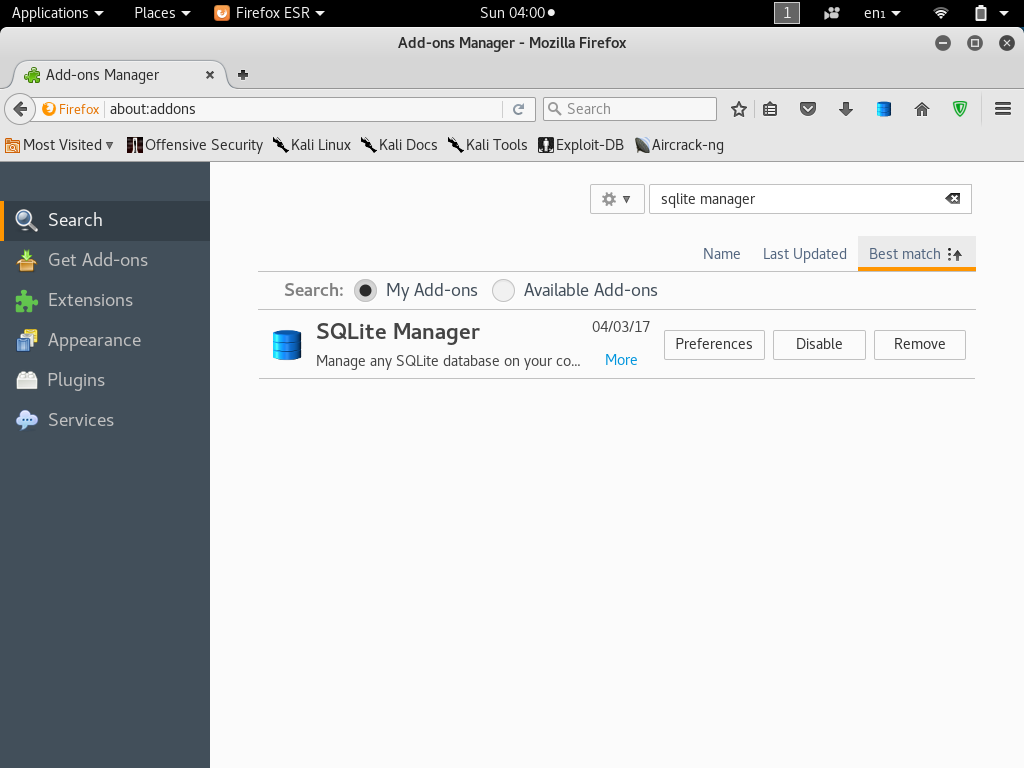 Now we have SQLite Manager Firefox addon installed open it from toolbar. 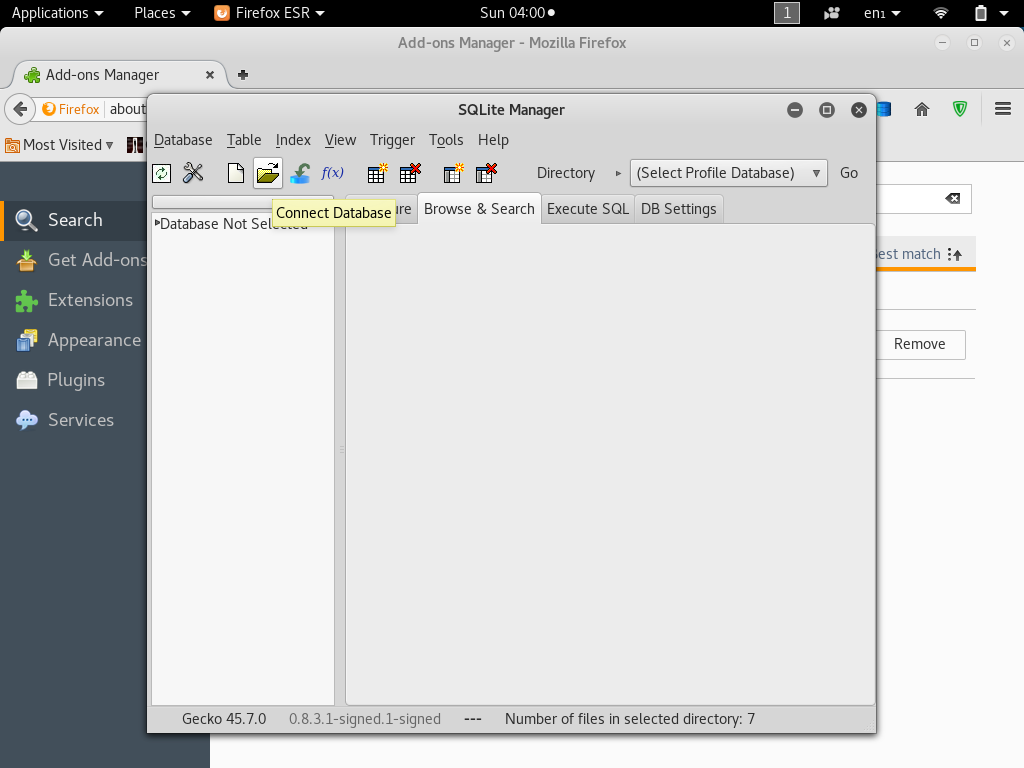 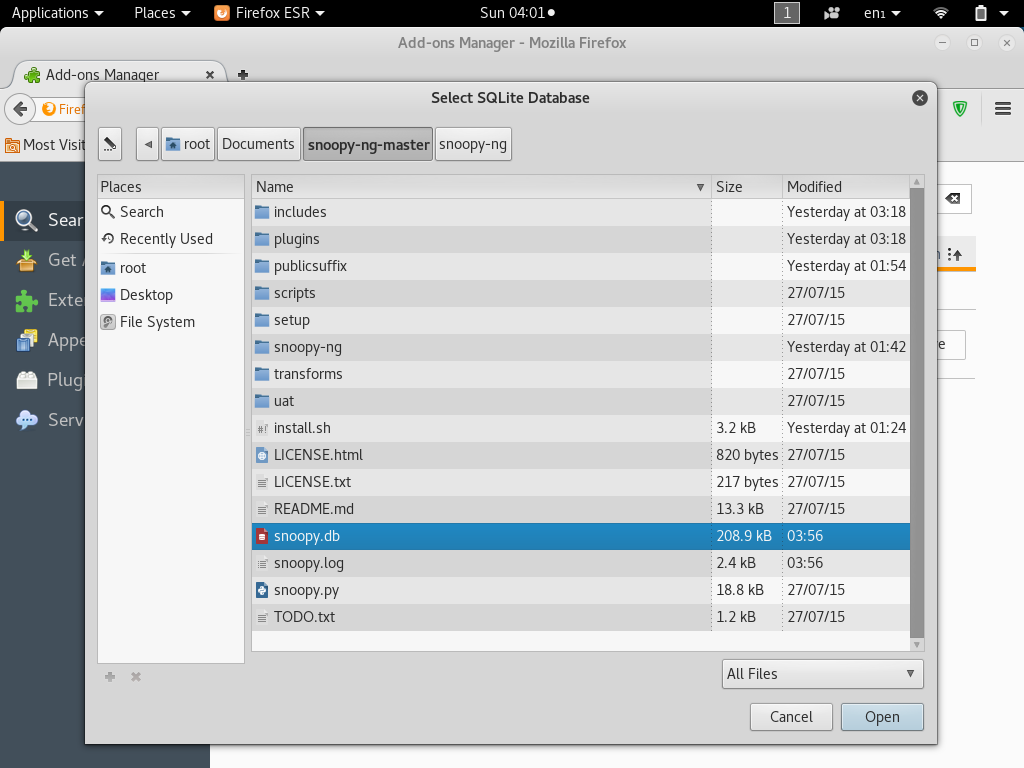 In the screenshot below this is our Database saved by Snoopy under table “wifi_client_ssids” you will be able to view Wireless Access Points that the client device is probing for. 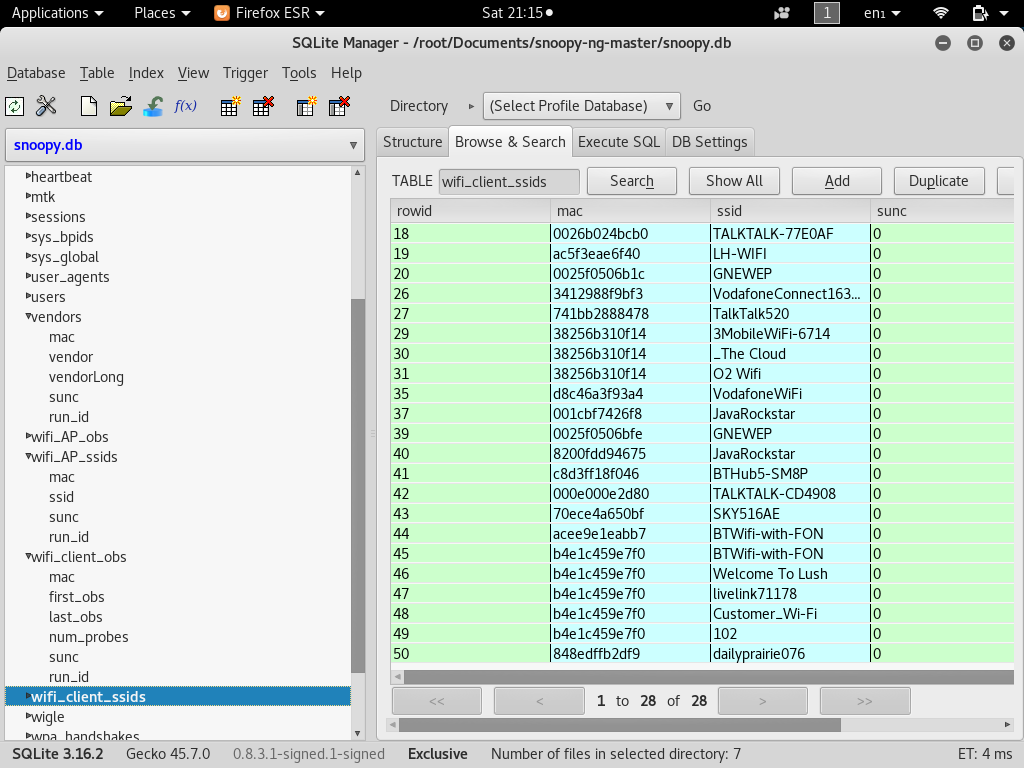