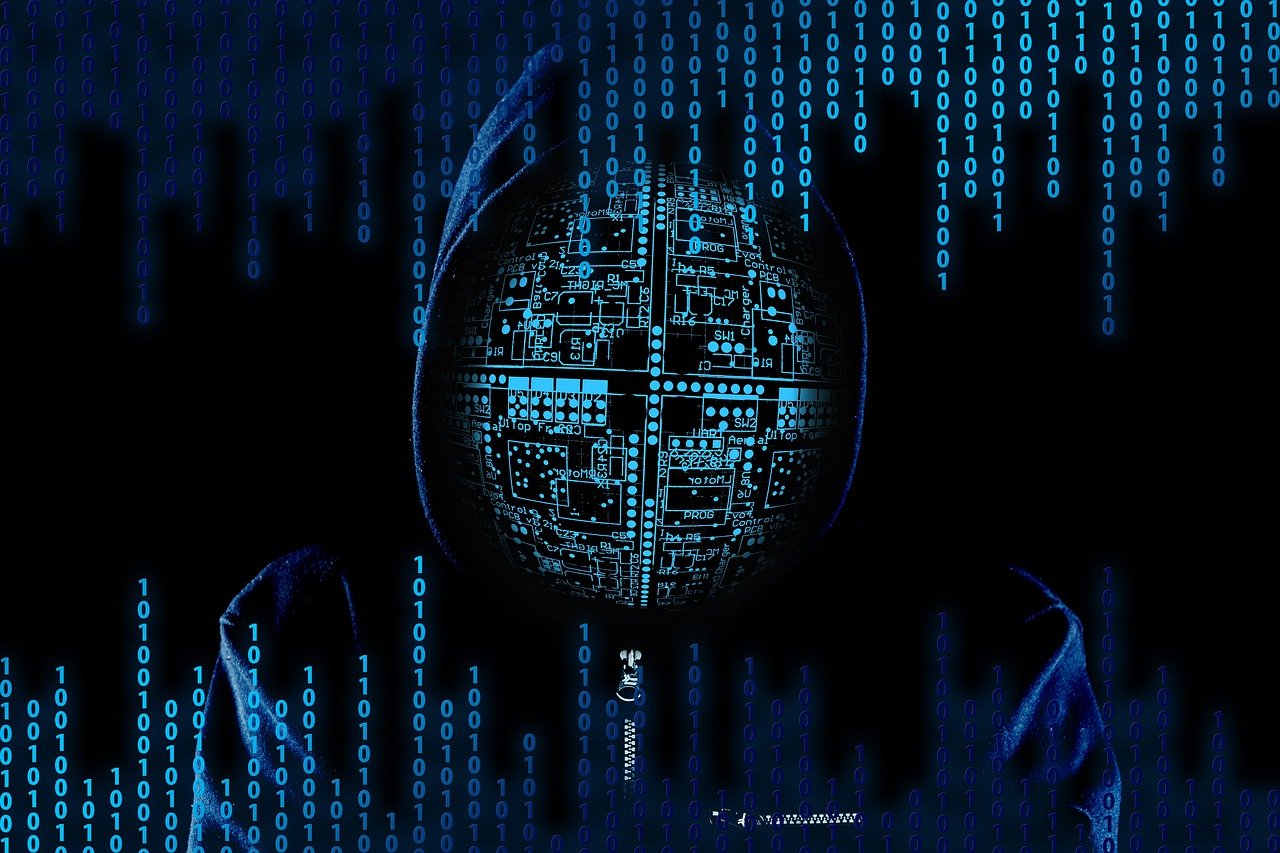 Excerpt: Every day, new tools and techniques are introduced into the market, allowing industries and business sectors to grow at a rapid pace. However, while there are many benefits to these advancements, they also bring with them some threats and vulnerabilities. Therefore which many hacking tools are available to test such things?

With the introduction of automated tools, the world of ethical hacking and penetration testing has changed dramatically. The Internet is now dominated by automated tools; users can discover a few to help their social networks grow. Moreover, hacking has progressed as well.

Hacking tools are software programs that are used to find and exploit flaws in computer networks, web services, servers, and networks. One particular in comparison to times when hacking tools were not available, hacking tools can make the job of hackers much easier. Many tools are presently being developed to help speed up the testing process. Ethical hacking aids businesses in better safeguarding their data and systems.

A few of the tools are open-source, whereas others are used by large corporations for business reasons. Today, we’ll look at the most effective ethical hacking tools used by today’s security experts.

You can get this course Ethical Hacking Training available online to gain expertise in Cyber Security and SIEM Courses to advance your career in the direction of Ethical Hacking.

What do we understand by Ethical Hacking?

An authorized attempt to gain unauthorized access to a computer system, utilization, or data is referred to as ethical hacking data. A part of having to carry out an ethical hack is replicating the policies and tactics of malicious actors. This practice aids in the detection of security flaws, which can then be addressed before a malicious attacker has a chance to exploit them.

Ethical hackers look for weaknesses in a system or network that cybercriminals can manipulate or destroy. They gather and analyze data in order to determine how to improve the system’s, network’s, and application’s security. They could indeed increase the security footprint in this way, allowing it to better endure or divert attacks.

Nmap stands for Network Mapper and is an open-source tool. It’s primarily used for network discovery and security auditing. Nmap was designed to search network systems, but it can also be used to scan single hosts. The best hacking tool ever is used in port scanning and is one of the phases of ethical hacking. Nmap was originally developed as a command-line tool, but it was later ported to Linux and Unix-based operating systems, and a Windows version is now available.

It’s great for keeping track of service update routines, network inventory, and monitoring hosts. Nmap examines raw IP packets to discover available hosts on a network, the services they provide, their operating systems, and firewalls they employ, among other things. Because the script is extensible, this can discern advanced vulnerabilities and make adjustments to network conditions like overcrowding and delay while scanning.

One such fully automated ethical hacking tool detects and reports on over 4500 web vulnerabilities, including all XSS and SQL Injection variants. Acunetix can audit complex authenticated applications using JavaScript, HTML5, and single-page applications. Acunetix is an automatic tool used by ethical hackers to block malicious intruders from gaining unauthorized access. It performs the function of a security scanner. One amongst acunetix’s features would be that-

Metasploit seems to be an open-source cyber-security initiative that allows information security professionals to use a variety of penetration testing tools to find remote software flaws. It also serves as a development platform for exploit modules. Rapid7’s Metasploit is among the most potent exploit tools on the market. It is available in both a commercial and a free version, with resources available at www.metasploit.com. Metasploit can be accessed via a web interface or a command prompt. Metasploit Framework is a Ruby-based framework that makes it simple to create, test, and execute exploits. Its Features include-

Wireshark is a free open-source network traffic analyzer that can be used in real-time. Wireshark is well-known for its ability to detect security issues in any network, including its effectiveness in resolving general networking issues, thanks to its sniffing innovation. Wireshark is a powerful tool for analyzing data packets and performing in-depth inspections of a wide range of protocols. You can save the results of your analysis in a variety of file formats, including CSV, PostScript, Plaintext, and XML. Wireshark is a network protocol analyzer that runs on all major platforms, such as Linux, Windows, Mac OS X, FreeBSD, NetBSD, and OpenBSD.

SaferVPN is a beneficial, ethical hacking tool that checks targets across different geographies, simulates unauthorized browser access, and allows for anonymous file transfers, among other things. SaferVPN has a lot of features, for example.

Maltego is a connection analysis and data mining software. Maltego CE, the free Community version; Maltego Classic, which costs $999; Maltego XL, which costs $1999; and server products such as Comms, CTAS, and ITDS, which also start at $40000. Maltego excels at working with extremely large graphs.

It has the following features:

Netsparker is just an ethical hacking tool that resembles a hacker’s movements to find vulnerabilities in web applications and web APIs such as SQL Injection and Cross-site Scripting.

Netsparker validates the identified vulnerabilities in a unique way, ensuring that they are genuine and not false positives, so you don’t have to waste hours manually verifying the vulnerabilities after a scan is completed. It’s available as both a desktop application and an online service.

The following are some of the features:

As the popularity of wireless networks grows, it’s more important than ever to keep Wi-Fi secure. Aircrack-Ng provides a set of command-line tools for checking and evaluating Wi-Fi network security to ethical hackers. Assault, tracking, testing, and cracking are all activities that Aircrack-Ng is dedicated to. Windows, OS X, Linux, eComStation, 2Free BSD, NetBSD, OpenBSD, and Solaris are all supported by the tool.

It has the following features:

GFI LanGuard is very much an ethical hacking tool that is primarily used to find network flaws. When necessary, it also serves as a virtual security consultant. GFI LanGuard has a number of features, including:

OpenVAS (also known as “Nessus”) is an open-source network detection system that can be used to find remote vulnerabilities in any host. It is one of the most well-known network vulnerability scanners, and it is widely used by system administrators, DevOps, and information security professionals. Whereas its web-based functionality allows it to be used on any operating system, it also has a command-line interface (CLI) that works well on Linux, Unix, and Windows.

The free version could be downloaded from the OpenVAS website; however, the Greenbone Security (parent company) website also offers a commercial enterprise license. Its features include-

That’s an open-source program with a robust detection engine MySQL, Oracle, PostgreSQL, and a wide range of other databases that are all fully supported. It fully supports Boolean-based blind, time-based blind, error-based, UNION query-based, stacked queries, and out-of-band SQL injection techniques. . SQLMap allows users to connect back to specific databases. It also allows you to run arbitrary commands and retrieve their standard output, download and upload any file and look for relevant database names, among other things. It will make it possible to connect to the database directly. The following are some of SQLMap’s features:

Nikto is really an open-source web server scanning tool. It looks for threatening files, obsolete versions, and specific version-related issues on the web server. The report can be saved as a text file, XML, HTML, NBE, or CSV file. Nikto can run on any computer which has a Perl installation. It runs on Windows, Mac OS X, Linux, and UNIX platforms. Besides capturing the received cookies, it is able to perform server-specific as well as generic checks and prints. It’s a program that scans 270 servers for version-specific issues and identifies default programs and files. Here are a few of Nikto’s most notable features:

Qualys Guard is an ethical hacking tool that helps companies optimize their compliance and security solutions as part of their digital transformation efforts. It’s also used to assess the performance of online cloud systems. The following are some of QualysGuard’s features:

One of the most well-known password crackers of all time is John the Ripper. It was also one of the best security tools for remote location testing or auditing password power in your operating system. One such password cracker can automatically detect the type of encryption used in almost any password and adjust its password test algorithm correspondingly, making it one of the smartest password cracking tools ever. The above ethical hacking tool decrypts passwords and algorithms using brute force technology.

Many businesses now employ the hacking tools mentioned above. There are more tools available that you can go through because it is only the 15 tools. Because of the rise of automated ethical hacking tools, data within the organization is more secure and reliable. In cybercriminals’ attempts to break through even the most sophisticated defences, end-users were always the weakest link. Several major corporations have recently disclosed significant data security breaches. Businesses can use ethical hacking tools to identify potential internet security flaws and prevent data breaches. Because of hacking tools, business owners can quickly prevent vulnerabilities from spreading across the Internet.