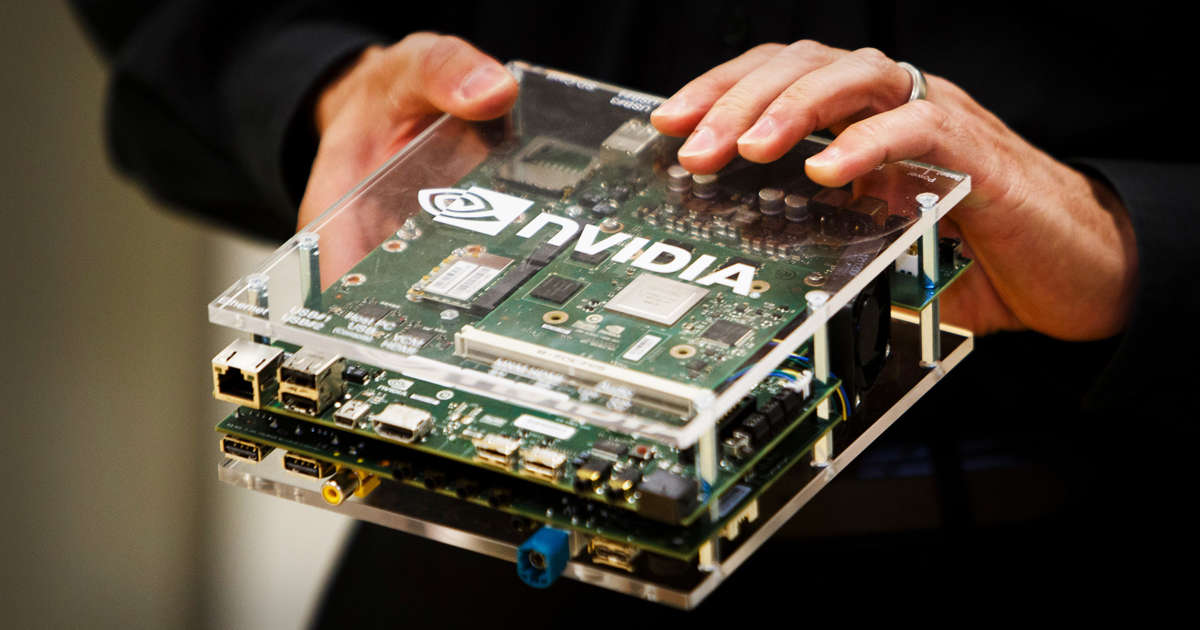 The gang of hackers who stole a terabyte of data from NVIDIA, is threatening to release the company’s “most closely-guarded secrets” today if it does not meet their increasingly bizarre demands.

The people behind HaveIBeenPwned.com, a website which tracks hacked accounts and leaked credentials, found that the hackers stole the 71,000 Nvidia employee credentials. The data includes email addresses and Windows password hashes, according to HIBP. They are so successful that TechCrunch reported several of our known Nvidia email addresses have been compromised.

Nvidia, who was hacked recently, has not yet said whether it notified or forced password resets for people compromised in the incident. The company has been accused of withholding information, and the deadline looms.

After initially claiming responsibility for the recent data breach, the Lapsus$ group is already leaking the stolen data. They obtained the credentials of more than 71,000 Nvidia employees. Nvidia confirmed that its employees’ credentials were taken in the attack but declined to confirm whether any data was leaked.

The hackers are now threatening to release Nvidia’s trade secrets unless they meet their demands. This includes information on Nvidia’s new RTX graphics chips, including the upcoming RTX 3090 Ti.

This week, “Lapsus$” asked Nvidia to open-source their graphics chip drivers for macOS, Windows, and Linux systems. The deadline was set for March 4. 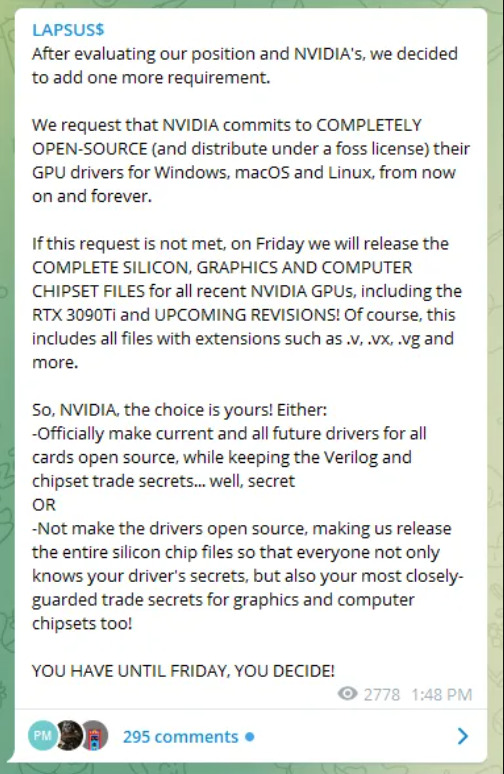 The NVIDIA hacks were largely not publicized by the company. In the coming days, however, NVIDIA will be hitting back hard. The company has already hacked Lapsus$ itself- a group operating from South America. Earlier this week, Lapsus$ had this to say on their Telegram channel.

“EVERYONE!!! NVIDIA ARE CRIMINALS!!!!!!!!! SOME DAYS AGO A ATTACK AGAINST NVIDIA AND STOLE 1TB OF CONFIDENTIAL DATA!!!!!!. TODAY WOKE UP AND FOUND NVIDIA SCUM HAD ATTACKED **THE** MACHINE WITH RANSOMWARE……. LUCKILY IT HAD A BACKUP BUT WHY THE FUCK THEY THINK THEY CAN CONNECT TO THE PRIVATE MACHINE AND INSTALL RANSOMWARE!!!!!!!!!!!”