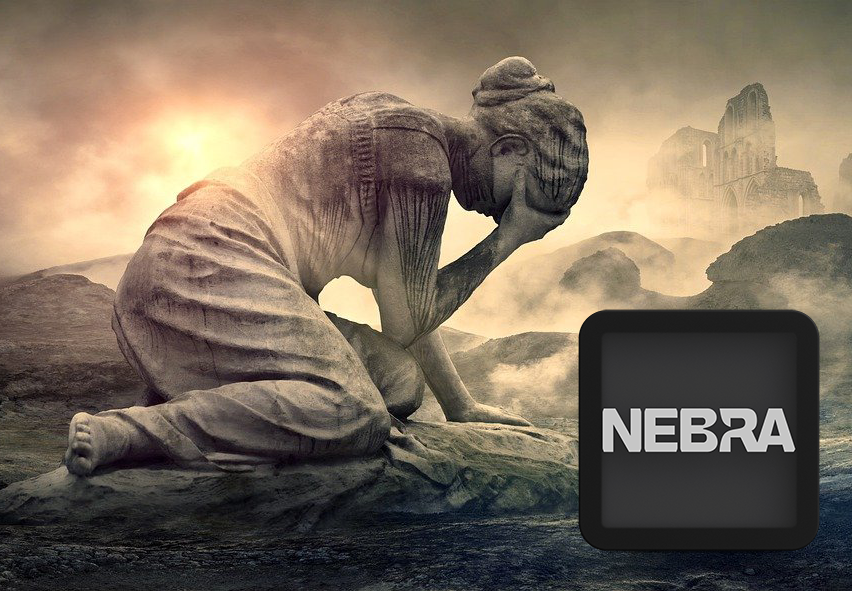 We are writing the blog article to inform you about bad actors within the Helium community. We are telling you this information as we don’t want anyone else to face the issues we faced from ordering networking equipment from a company called Nebra. The problems that the community is facing due to Nebra are a great threat to the Helium network and these threats should not be taken lightly. Supply chain issues can cause potential miners to reconsider becoming part of the network due to lack of hardware and cause great distress to the customer. We believe that Nebra LTD has broken trading laws around the world and have been deceptive with their customers. They should be deemed responsible for their actions.

Any problems in the security or networking space should be addressed as soon as possible so that threats can be eliminated at an early stage. 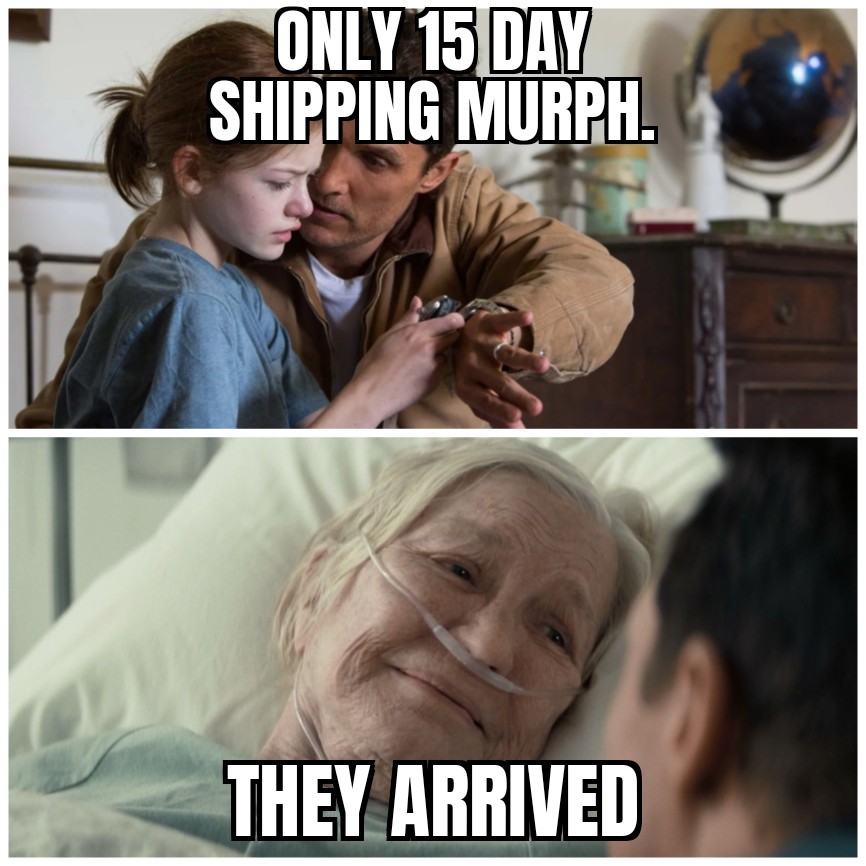 For the past few months, HackingVision has been waiting for 3 indoor hotspot miners, we are writing this blog post to show how fraudulent certain companies can be with proprietary equipment. We also want to help the Helium company in stopping Nebra from shipping any more miners after all pre-existing batches are shipped. Clients are left very frustrated after doing business with Nebra. 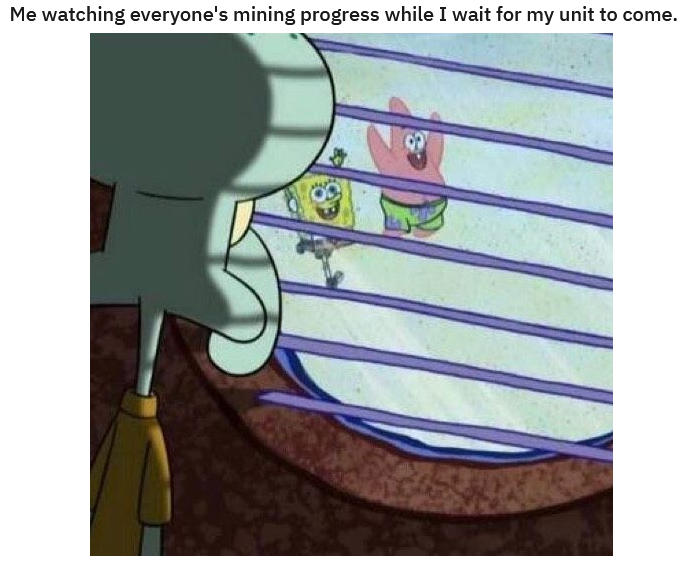 In fact, we are not the only ones having this issue there are 30k miners supposedly being scheduled for shipping and there all overdue this leaves a lot of disgruntled customers.

There are many problems with Nebra LTD from their CEO  A J Shaw and other company directors being incompetent to run a company, Supply and demand issues, and being deceitful to customers. This list really does go on.

In this blog post, we will state some of the issues we have had while trying to order these miners from Nebra and also some issues and points made by the Helium community. We don’t want you to just take our word on it. Take a look at what some of their other customers are saying. Please do not go and attack Nebra’s website or spread hate to any of the above-mentioned. HackingVision does not condone any hurtful actions. This blog post is written to spread awareness. 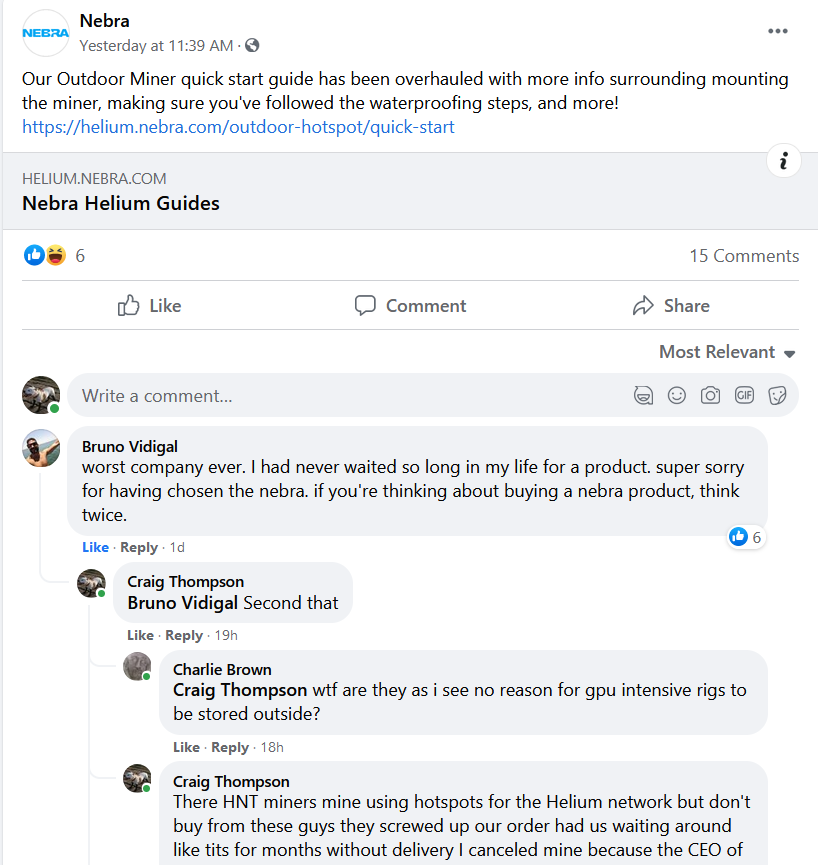 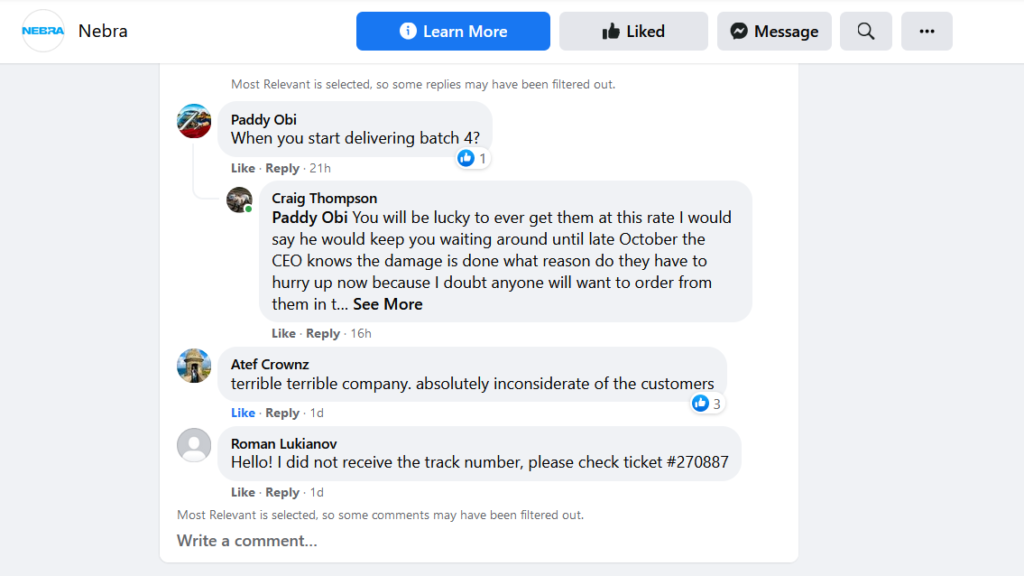 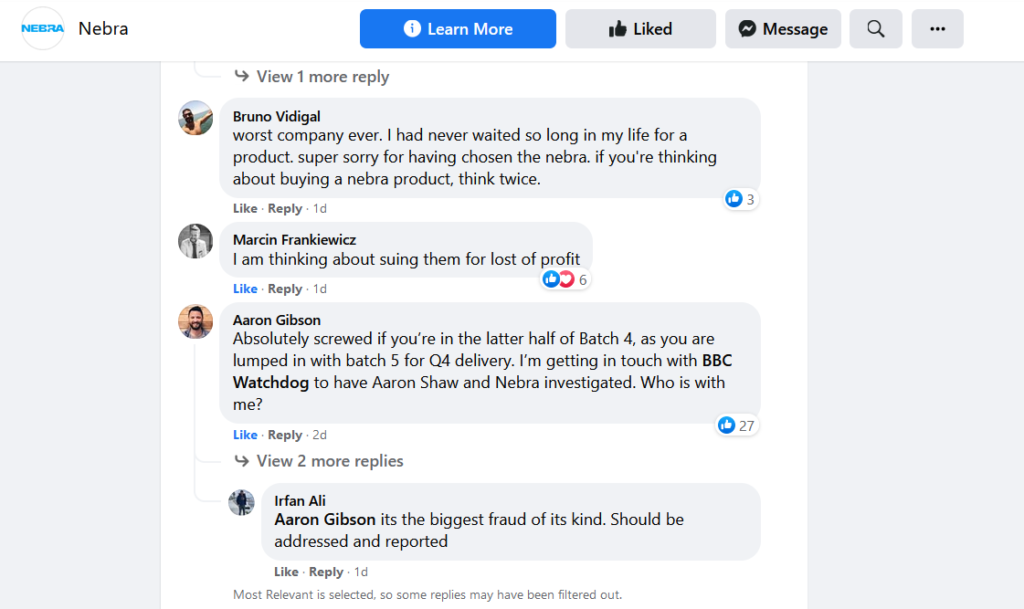 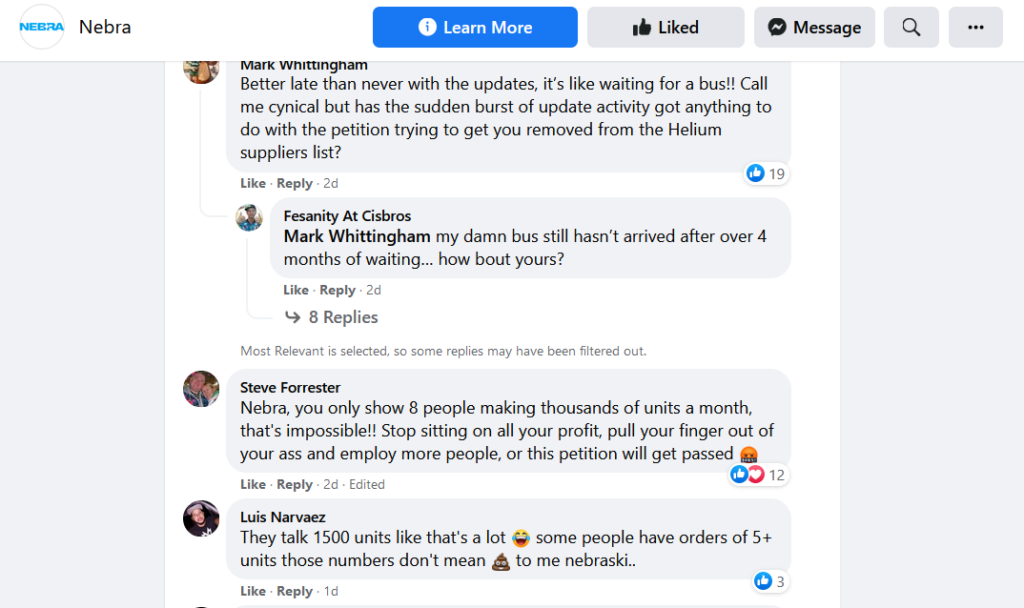 To understand what these miners do then you will need to know what Helium is not that stuff they put in balloons to make them float. Helium the IoT network is silly. Helium is an IoT network that uses LoRaWAN technology to connect with the internet of things.

LoRaWAN technology has a much wider range than traditional wifi. In fact, LoRaWAN is not something new; it’s been around for a while; it’s just never been utilized in this manner before or at this scale. Helium’s plan is to connect the full spectrum of IoT devices within their network covering the whole globe. The underlying technology and the advancements brought into this space by Helium have some really great uses.

We don’t want to complicate things within the Helium community. This post is certainly not written to give the Helium network a bad reputation. We understand everyone’s Helium experience could be different. Helium is community-driven and it’s up to the community to solve the issues we are facing. It’s hard to not be angry at Helium for accepting Nebra and other bad actors as suppliers for this equipment but they have been played too. The Helium network made it very clear that eventually, data credits will be the only way to earn from the Helium network. There is a clear roadmap set out by Helium that states the network’s intentions. Since there is a limited supply of HNT and data tokens must be burnt to use the network just by putting a miner online lowers the supply of HNT eventually conscious groups will become a thing of the past.

Nebra shouldn’t say that they will ship a product in July if they have no way of getting the miners to us in July. It seems apparent that Nebra has no intentions of delivering the hotspot miners when they said they would. Nebra was quick to take customers’ money but not quick to deliver.

We the understated give Nebra plenty of chances to deliver. It’s been over 150 days since Nebra took many of the orders from their clients. The community feels like we have given Nebra an interest-free loan and not a short-term one either and believe them to be earning interest on the money we have in escrow until the miners arrive while the understated sit around waiting for any potential profits or any ROI due to lack of equipment.

Nebra teamed up with various YouTube stars and sent them miners early on to give the company a good image. I am just as guilty as you for recommending Nebra. I encourage you all to take another look at the state of this company before recommending these miners there was a reason the big channels got the miners early on.

Nebra cares little for their clientele and in turn, I don’t want to give them my money or business. As consumers, we have rights that were set by the consumer’s rights act. When any customer tries to exercise their consumer rights or points out faults, the CEO of Nebra gets very aggressive and claims that his customers are threatening him. when in fact they have the right to question where their order is. By staying silent it shows Nebra that we approve of the issues and only let it continue further. Many of Nebras clients feel like they have given Nebra an interest-free loan and not a short-term one either as the company had no intention to deliver on time.

Here is a message from Nebra sent just before September expressing concerns about the shipment in September due to the numbers not calculating. 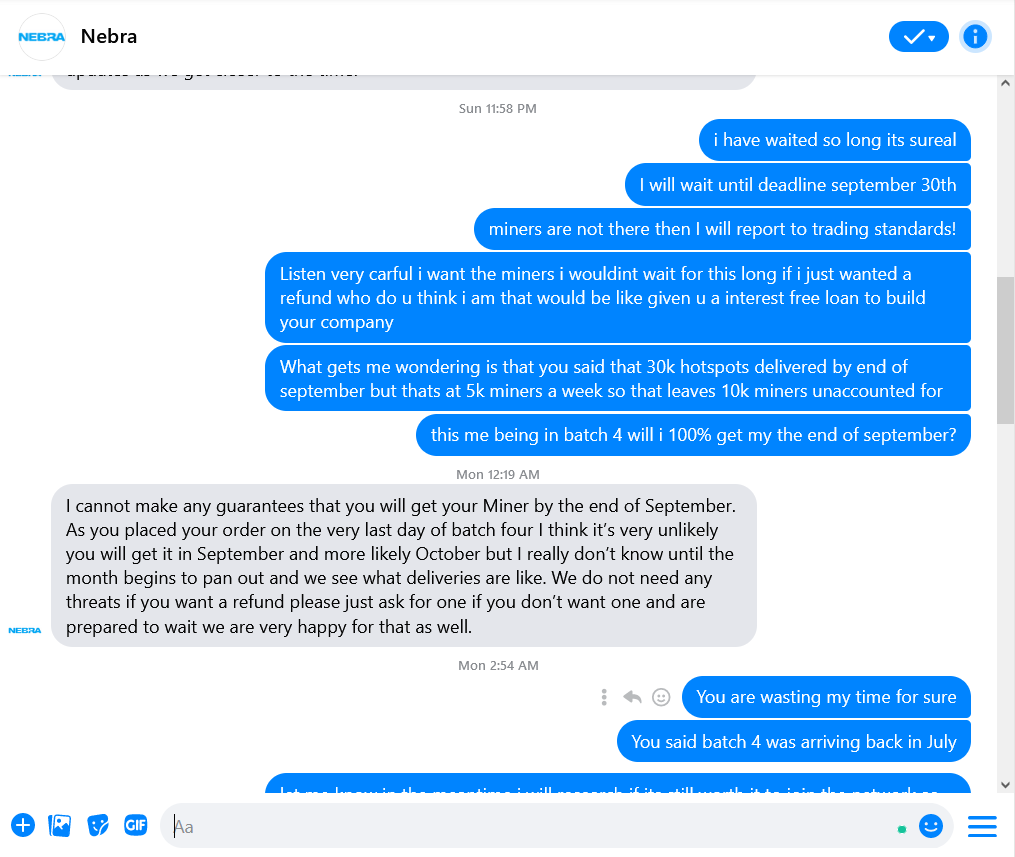 Since PayPal protection runs out after 180 days most of the miners stuck waiting until October will be left without any financial protection. In certain cases protection can be extended please check with your payment processor. PayPal advises to take the sensible route and put a dispute in against Nebra. PayPal agrees with many of the points and states it is foolish to let this mess go on any longer. The sensible option is to get the money back from Nebra. Any unresolved disputes will be escalated to claims against Nebra.

If you used your bank account to pay Nebra and can’t make communication with their staff then you may be entitled to a chargeback.

If we take a look at the information in Companies house we find that Nebra LTD has changed their directors many times within the last 5 years. In fact, I have reason to believe they change directors more than their own socks.

Court cases are already being considered. A lot of miners that bought large batches of miners have lost a lot of potential earnings that they could have earned if they had gone with another company they would have already gotten miners delivered to them. A Lot of people who ordered hotspot miners from Nebra lost their chance on a lot of earnings.

Helium Discord & Nebra Discord messages were actively being edited by the CEO A J Shaw to make the company look more professional and trustworthy than they actually are and ignoring actual inquiries.

There were 20k hotspots online when we first ordered the Nebra miners. Now there are over 150k miners online worldwide. Many of the miners who ordered from Nebra wanted to get in as early as they could before the rewards of HNT halved and the network became too over-saturated.

The 150k miner’s pre-existing miners online are all taken from a limited supply of tokens. They are betting on the price of the tokens going up but this is not a given. The mining rewards have been halved recently already and we hoped to get a couple of months of mining before the halving of rewards Nerba strung us along getting our hopes up saying we would get our delivery.

By using proprietary hardware kind of ruins the experience as it opens the doors up to folk like Nebra who just want to line their own pockets and care little for their customers but that’s a different argument to be addressed.

We think It does not give a good look to the Helium network having suppliers that can’t deliver what they first promised. We urge the Helium network to stop boarding any of Nebra’s miners in future batches that are not planned yet. Some Nebra customers feel like they have given Nebra an interest-free loan and not a short-term one either.

The HIP-19 proposal states that vendors that seriously lack in delivering vital equipment should not be able to onboard their miners. This is a reason I trusted Nebra as they had ties to the Helium network and I thought HIP-19 would prevent bad actors like this. The security risk is Nebra; the solution bans Nebra and all its directors from applying for on-boarding keys. The CEO A J Shaw knows this fine as he is researching in Github how to get past the issues if Helium does kick Nebra from the network.

During this time I went to Nebra’s Discord server to find out what was going on with the shipments. I was unable to contact them on Discord; essentially the staff just stopped speaking to anyone about their orders and left his own Discord channel so he would not need to deal with any customers annoying him about their orders. 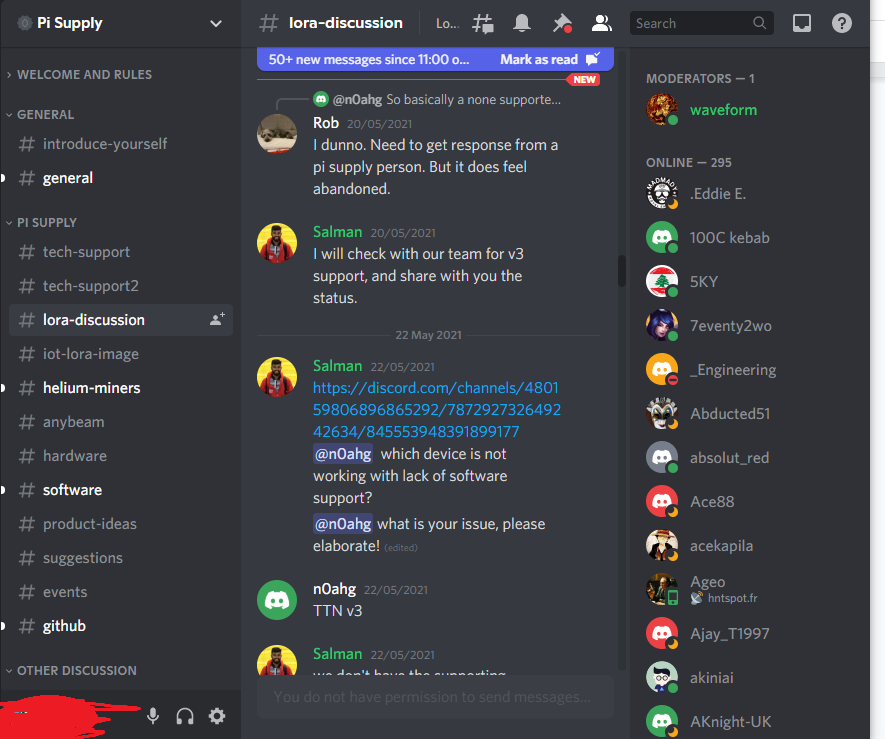 To top it off the CEO A J Shaw of Nebra was caught editing posts in the official Helium and Nebra Discord servers to give the company a good image and deleting any posts that Nebra deemed unfit eg. bad reviews, and any messages for customers complaining.

After the Helium community questioned Nebra CEO A J Shaw and told him to stop editing the Discord posts. He made excuses stating that it was all just a big mistake there was nothing to worry about and was stopped from making any more edits.

I reported the company to trading standards. The company has another site Pi-Supply that they used to make them look worthy to be a supplier of the Helium network.

What outcome are we looking for?

We the undersigned are asking for the Helium community to come together to amend the HIP-19 proposal to stop Nerba from onboarding any more miners to the network and banning their CEO and any other company directors from supplying equipment for the Helium network. Have your say on the future of Nebra on the Helium Network. We also ask for the Helium network to take a look into supply chain issues with other vendors not only limited to Nebra LTD.

Don’t buy any items from Nebra in the future. They have shown how incompetent they are as a company to deliver on time.

We the undersigned are asking for the Helium community to come together to amend the HIP-19 proposal to stop Nerba from onboarding any more miners to the network and banning their CEO and any other company directors from supplying equipment for the Helium network. Have your say on the future of Nebra on the Helium Network.

The only company that seems to deliver when they say they will is Bobcat and the waitlist is 20 weeks but they do have a history of delivering on time.