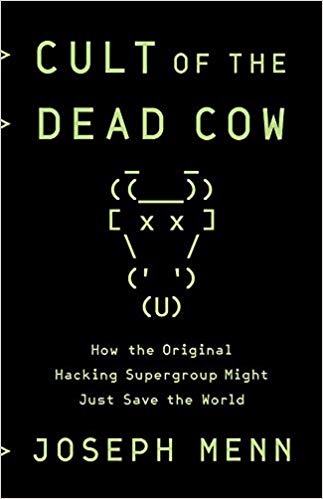 Cult of the Dead Cow: How the Original Hacking Supergroup Might Just Save the World eBook EPUB

The Cult of the Dead Cow is the story of the oldest, most respected, and a most famous hacking group of all time. Its members invented the concept of hacktivism, released both the top tool for cracking passwords and the reigning technique for controlling computers from afar, and spurred the development of Snowden’s anonymity tool of choice. With its origins in the earliest days of the Internet, the CDC is full of oddball characters–spies, activists, musicians, and politicians–who are now woven into the top ranks of the American establishment.

Today, this small group and its followers represent the best hope for making technology a force for good instead of for surveillance and oppression. Like a modern (and real) Illuminati, CDC members have had the ears of presidents, secretaries of defense, and the CEO of Google. The Cult of the Dead Cow shows how we got into the mess we find ourselves in today, where governments and corporations hold immense power over individuals, and how we are finally fighting back.

Disclaimer
The contributor(s) cannot be held responsible for any misuse of the data. This repository is just a collection of URLs to download eBooks for free. Download the eBooks at your own risks.

DMCA takedown cannot be possible as we are not republishing the books/infringement of code, but we are just hosting the links to 3rd party websites where these books can be downloaded. Images, author bio, and product description are used under fair use (educational purposes)