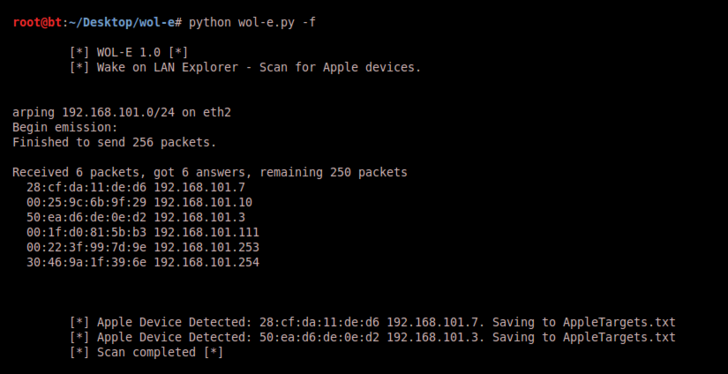 WOL-E is a suite of tools for the Wake on LAN feature of network attached computers, this is now enabled by default on many Apple computers. These tools include:

Open a new terminal and clone wol-e to your device.

WOL wake up all stored Apple devices from the above scan