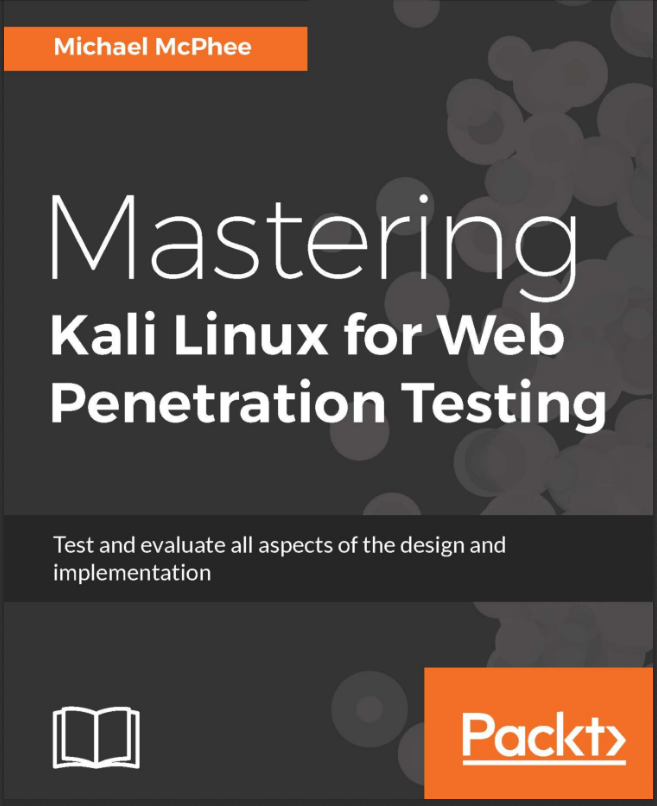 Mastering Kali Linux for Web Penetration Testing Michael McPhee 2017 Michael McPhee is a systems engineer at Cisco in New York, where he has worked for the last 4 years and has focused on cyber security, switching, and routing. Mike’s current role sees him consulting on security and network infrastructures, and he frequently runs clinics and delivers training to help get his customers up to speed. Suffering from a learning addiction, Mike has obtained the following certifications along the way: CEH, CCIE R&S, CCIE Security, CCIP, CCDP, ITILv3, and the Cisco Security White Belt. He is currently working on his VCP6-DV certification, following his kids to soccer games and tournaments, traveling with his wife and kids to as many places as possible, and scouting out his future all-grain beer home brewing rig. He also spends considerable time breaking his home network (for science!), much to the family’s dismay.

Prior to joining Cisco, Mike spent 6 years in the U.S. Navy and another 10 working on communications systems as a systems engineer and architect for defense contractors, where he helped propose, design, and develop secure command and control networks and electronic warfare systems for the US DoD and NATO allies.

The contributor(s) cannot be held responsible for any misuse of the data. This repository is just a collection of URLs to download eBooks for free. Download the eBooks at your own risks.

DMCA take down cannot be possible as we are not republishing the books/infringement of code, but we are just hosting the links to 3rd party websites where these books can be downloaded.