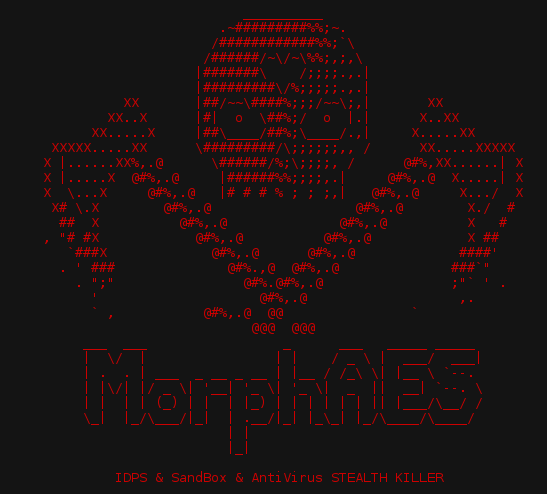 MorphAES is the world’s first polymorphic shellcode engine, with metamorphic properties and capability to bypass sandboxes, which makes it undetectable for an IDPS, it’s cross-platform as well and library-independent.

Dependencies for the morpher:

Dependencies for the code execution:

Nonetheless, there are some limitations (aka white-hat aspects):

You will have to assemble my custom AESNI-128-ECB implementation using an Intel x64 CPU and put it in the same folder with the python script.

Execute the Pyhton script and enter your shellcode or nothing for a default Linux shell. You can specify your own execution address as well.

It is also possible to build and execute on Windows/BSD/Mac, but I’m still testing it.

You can test the Linux PoC in assembly:

Every file is commented and explained

At this point, it should be pretty obvious that, the hashes would be different every time, but let’s compare SSDEEPes of 2 Linux executables of the same shellcode:

Well, there’s something in common, but globally those are 2 different signatures, now what about the shellcode it-self:

At the publication date, the executable was detected as a shellcode only by 2 out of 53 antiviruses (AVG and Ikarus) on virustotal, but now, it just fails to analyze.

On the reverser’s perspective, IDA won’t see anything either.

Radare2 would show the real instructions only if assembled by the assembler it-self however, it doesn’t detects any crypto or suspicious activity for the executable.

Althrough, I didn’t test it personally, I think that FortiSandbox, Sophos Sandstorm, Blue Coat, GateWatcher and their derivatives might fail badly…

To put it in the nutshell

Basically, it can transform a script-kid’s code (or a known-one) into a zero-day.

IDPS will fail because, it’s almost impossible to make a signature and difficult to make a regular expression or heuristic analysis.

Most of the sandboxes doesn’t use Intel’s AES-NI instructions directly, so they will not execute the code, so “everything is fine” for them, whereas it’s not.

The only way to defeat this type of shellcode is to use an appropriate sandboxing or/and an AI.

Of course DEP/NX/CANARY/ASLR should work as well.

Notice that, the whole execution is done by a pure assembly, no Python (or OpenSSL) is needed for the shellcode’s execution since, I use built-in assembly instructions only, thus it’s system-independent (surely, you will have to assemble it for each-one by adapting the instructions/opcodes, but they are still same).

This is still a work in progress, I will implement Windows and BSD/Mac engines and PoCs ASAP.

“Tradition becomes our security, and when the mind is secure it is in decay.”