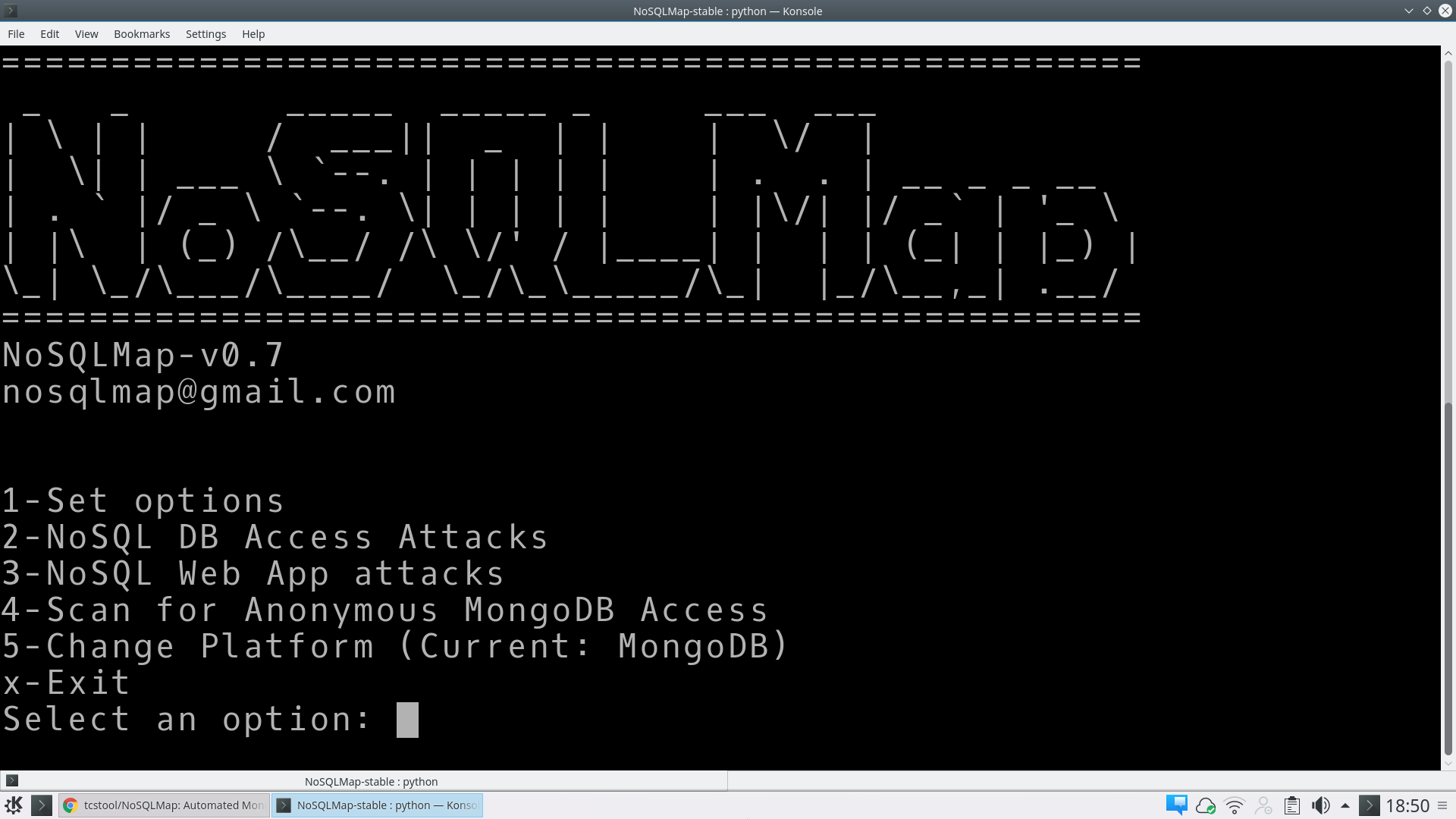 NoSQLMap is an open source Python tool designed to audit for as well as automate injection attacks and exploit default configuration weaknesses in NoSQL databases as well as web applications using NoSQL in order to disclose data from the database.

It is named as a tribute to Bernardo Damele and Miroslav’s Stampar’s popular SQL injection tool sqlmap, and its concepts are based on and extensions of Ming Chow’s excellent presentation at Defcon 21, “Abusing NoSQL Databases”. Presently the tool’s exploits are focused around MongoDB, but additional support for other NoSQL based platforms such as CouchDB, Redis, and Cassandra are planned in future releases. A NoSQL (originally referring to “non SQL”, “non relational” or “not only SQL”) database provides a mechanism for storage and retrieval of data which is modeled in means other than the tabular relations used in relational databases. Such databases have existed since the late 1960s, but did not obtain the “NoSQL” moniker until a surge of popularity in the early twenty-first century, triggered by the needs of Web 2.0 companies such as Facebook, Google, and Amazon.com. NoSQL databases are increasingly used in big data and real-time web applications. NoSQL systems are also sometimes called “Not only SQL” to emphasize that they may support SQL-like query languages.

On a Debian or Red Hat based system, the setup.sh script may be run as root to automate the installation of NoSQLMap’s dependencies.

Varies based on features used:

There are some various other libraries required that a normal Python installation should have readily available. Your milage may vary, check the script.

NoSQLMap uses a menu based system for building attacks. Upon starting NoSQLMap you are presented with with the main menu:

Once options are set head back to the main menu and select DB access attacks or web app attacks as appropriate for whether you are attacking a NoSQL management port or web application. The rest of the tool is “wizard” based and fairly self explanatory, but send emails to nosqlmap@gmail.com or find me on Twitter @tcstoolHax0r if you have any questions or suggestions.

Credits: NoSQLMAP, tcstool If you like this software please consider contributing to the NOSQLMAP project on github.